Things to See and Do in Jersey City NJ

Although it may not be the first town on most people’s lips when it comes to naming New Jersey tourism hotspots, Jersey City has plenty to offer anyone looking for a bit of culture, outdoor recreation, and history. As New Jersey’s second-largest city, Jersey City is still a vibrant melting pot of different cultures. For immigrants entering our country from nearby Ellis Island from 1892 to 1954, Jersey City was often the first stop. Over the years,  the town became part of many immigrant experiences as Ellis Island processed more than 12 million immigrant steamship passengers.

Decades ago, Jersey City used to be known for its industry as it was home to two large corporate factories: Dixon-Ticonderoga and Colgate. Since those times, the town has gone through more than its share of hard times. However, Jersey City has experienced a bit of a revival over the last couple of decades owing to its waterfront location just across the river from Manhattan.

Visit the Statue of Liberty and Ellis Island 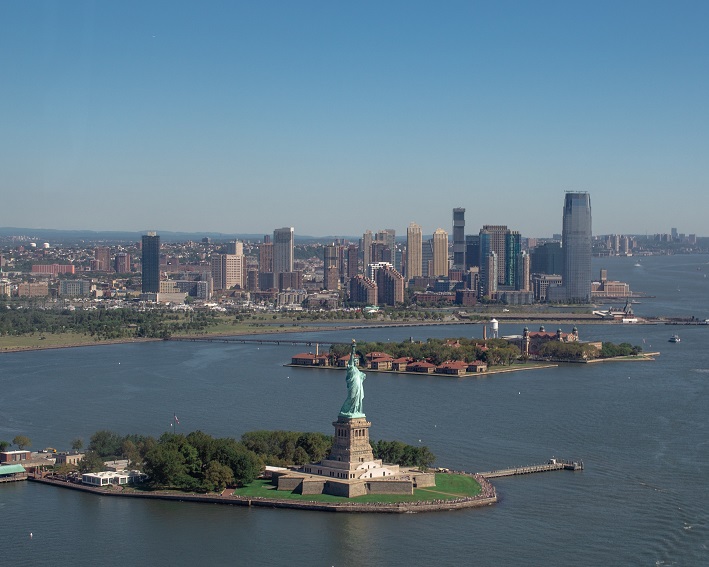 One of the most interesting aspects of Jersey City is that it is the only area in the state with direct access to both the Statue of Liberty and Ellis Island by boat. From Liberty State Park, you can take a statue cruise to get a close-up look at either of these world-renowned landmarks.

Speaking of Liberty State Park, you can also while away the afternoon walking or biking around the two-mile loop with its spectacular Manhattan views.

As long as you are taking in the views, try the waterfront walkway which runs parallel to the Hudson River and offers even more views of the New York City skyline.

Theaters Both New and Old

From Liberty State Park, you can also check out the Liberty Science Center with its interactive exhibits and its massive IMAX dome theater, acknowledged as the country’s largest.

For a theater with more of a historic feel, go inland to the Loew’s Jersey Theater, a 1920s movie house located in the city’s commercial hub, Journal Square. This opulent cinema palace was recently restored to its earlier grandeur and remains active to this day. Do not forget to check out the vintage working pipe organ inside.

If you are doing some sightseeing in Jersey City, Hoboken, Newark, or the surrounding areas and need help with transportation, check out Econocar Club’s convenient location in Jersey City for high-quality rental vehicles.  Econocar Club has a huge selection of vehicles including compact cars, full-size sedans and SUVs, passenger vans, and moving trucks to help you tour the city in comfort.